An Argader » Époques » Antiquité » Because Patrice seems to find this interesting ...

Because Patrice seems to find this interesting ...

As this war was considered among the ancient Greeks as the last event of the mythical age or the first event of the historical epoch, several dates are given for the fall of Troy.

They usually come from the genealogies of the kings:

Hellanicos, Ephorus of Cumae and Chronicle of Paros give from 1218 to 1208 BC.

The glorious and rich city that Homer describes was considered as Trojan VI by many authors of the twentieth century, destroyed in 1275 BC, probably by an earthquake.

His disciple Troy VIIa, destroyed by fire at some point during the years 1180 BC, has long been considered a poorer city, but since the 1988 excavation campaign, it has become the most likely candidate.

All this is interesting to know what types of armor, shields and weapons must carry our figures and also what types of chariots, not to mention the tactics used? 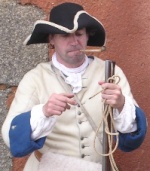 / : 413
Of course, since it describes things that had not existed for a long time at the time when this poem was written ...

And yes on the forum TWW, there have been some word games on the other meanings of the word "date" in English (appointment, or date), and since,'Thaddeus Blanchette' is no longer able to post in the forums. He can read but not post.

An Argader » Époques » Antiquité » Because Patrice seems to find this interesting ...